A downloadable game for Windows and Linux

To run the game, run pions.exe (Windows) or pions (Linux). When you try to do a game over the internet, you might get a pop-up from Windows' firewall (you might have to alt-tab to see it). You will probably need to let pions through the firewall for it to work.

In PIONS, each side has a certain number of pieces called pions. On your turn you can plan move and attack actions. They go from one hexagon (hex) to another hex in the grid (see the picture above). Move and attack actions each cost 50 points. You start your turn with 150 points, and every round, the starting point count is increased by 25.

When both players have planned their actions, the pieces move and attack according to the planned actions as follows:

The code for the game is in the public domain, specifically it's under the Unlicense. A copy of the license has been provided in the file UNLICENSE.

The assets for the game, including the "art" is also in the public domain, but this does not include the font used by the game, which can be found on Google Fonts and is under the Apache license, version 2.0. 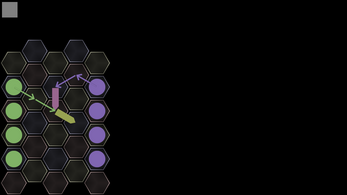 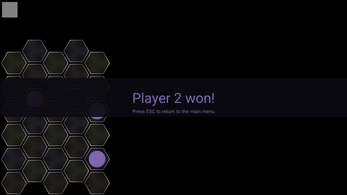 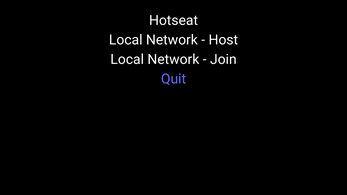 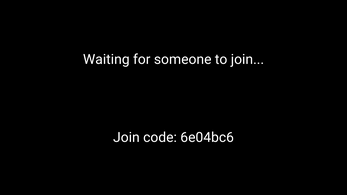